Sri Lanka Everything you need to know in 2021

Business in Sri Lanka my advice

How to Start a Business in Sri Lanka?

Business in Sri Lanka is the topic, but let’s first understand the country to see what it’s like.

Sri Lanka is an island country found in South Asia sitting along the Indian Ocean. It was formerly referred to as Ceylon when it was a colony of Britain. It is officially known as Sri Lanka Prajatantrika Samajavadi Janarajaya (in the Sinhala language) and Ilangai Jananayaka Socialisa Kudiarasu (in the Tamil language). They both translate to the Democratic Socialist Republic of Sri Lanka.

Sri Lanka is a country rich in history, heritage, and culture, mostly rooted in Buddhism. It was and continues to be a trade hub in Southern Asia due to its strategic location and deep harbours. The island country has been dubbed as the pearl of the Indian Ocean owing to its shape and strategic location.

Some notable facts about Sri Lanka:

Sri Lanka is an island in the Indian Ocean with a geographical area of 65,610 square km. It is the 25th largest island geographically in the world. Its coastline is about 1,340 km long. The largest offshore island in the country is known as Mannar Island. Sri Lanka shares maritime borders with both India and Maldives. It is only separated from India by the Gulf of Mannar and Palk Strait.

Sri Lanka’s highest point is is Pidurutalagala, at 2,524 m. Sri Lanka abounds with rivers, the longest being the Mahaweli River. There are several waterfalls in Sri Lanka, too, the highest at the height of 263 m being Bambarakanda Falls. The island overflows in minerals such as graphite, kaolin, ilmenite, feldspar, silica, mica, and thorium. Petroleum and gas exist too in the Gulf of Mannar and are ripe for exploration and excavation.

The moderating of the ocean winds accounts for the warm and tropical climatic conditions in Sri Lanka. The average annual temperatures range between 28 degrees to 31 degrees Celsius.

A significant part of Sri Lanka receives an average annual rainfall of more than 1,270 mm. This is influenced by the Monsoon winds from the Indian Ocean. Humidity is higher in the mountainous areas and the southwest.

Sri Lanka has numerous faunas with about 240 species of birds that are breeding in the country. It has national parks such as Yale, where elephants, peacocks, leopards, bears, buffalo, peafowl, and deer are found. The country’s vegetation is in quite a good shape, covering a third of its total land area. However, deforestation is so rampant, which is slowly but surely depleting the country’s vegetation.

The people of Sri Lanka

There are three predominant ethnic groups in Sri Lanka, namely, Sinhalese, Tamil, and Muslims. The other small ethnic groups present are Burghers, Veddas, and Malays. The Sinhalese are the majority (74.8 percent).

They reside mostly in the southern, western, central, and north-central parts of Sri Lanka. Tamil is the second major group accounting for 11.2 percent of the population — most trace their ancestry from southeast India. Muslims trace their origin back to Arab traders, making up to 7.5 percent of the people.

Sri Lanka’s two official languages are Sinhala and Tamil. English is acknowledged constitutionally as the link language and is used for education, scientific, and commercial purposes. Other languages such as Portuguese Creole, Dutch, and Creole Malay are spoken by minor communities such as Burghers.

The most prevalent religion in Sri Lanka is Buddhism accounting for 70.2 percent. Even though it is not an official language, it has a special place in Sri Lanka. Hinduism, Islam, and Christianity are practiced in the country too. Sri Lanka has been ranked as the world’s 3rd most religious country.

Sri Lanka is relatively literate and one of the best countries among developing countries, with a literacy rate of 92.5%. Every child must get primary education for nine years, and this is facilitated by the government’s free basic education policy. Computer literacy is at about 35 percent, which is a great achievement for survival in today’s digital era. There are currently 15 public universities in Sri Lanka, facilitating tertiary education. The private sector has also come in handy in improving the quality of education.

Buddhism and Hinduism majorly influence Sri Lanka’s culture. The rich culture is drawn from the two predominant ethnic groups of Sinhalese and Tamil. However, the British also played a significant role in cultural modification during the colonial period.

The main dishes served in Sri Lanka are rice and curry, pittu, Kiribati, wholemeal roti, string hoppers, and wattalapam. Jackfruit may sometimes be used in the place of rice. Lotus leaves were traditionally used for serving food.

When it comes to events and recreation, the main festivals in Sri Lanka are religious-based. Traditional Sri Lankan music is based on Kolam, Sokar, and Nadagam. The music instruments employed in traditional music include Béra, Thammátama, Daŭla, and Răbān. Dancing is a significant culture in the country — traditional dances such as the Kandyan and the Sabaragamuwa help color these festivals.

The major sporting activities in Sri Lanka are volleyball, cricket, rugby, tennis, netball, football, boating, surfing, swimming, kitesurfing, scuba diving, and martial arts. Most people indulge in these activities for fun rather than for competition.

Sri Lanka is a unitary democratic republic governed by the president and the Parliament. It is considered the oldest developed democracy in Asia.

The Sri Lankan government is composed of three arms of government, that is;

Sri Lanka is one of the world’s top road tourist destinations in the world. It has a vast road network for inland transportation. The railway network is also developed to a reasonable extent. It also has three deep-water ports of Colombo, Galle, and Trincomalee.

Sri Lanka has 22 operating airports, which gives it an excellent footing in terms of air travel. Bandaranaike International Airport (Colombo International Airport) is the biggest and the busiest airport in Sri Lanka. Ninety percent of the households in Sri Lanka have access to electricity, and 87 percent of the population have access to safe drinking water, resulting from the exponential growth of the economy.

Sri Lanka has one of the most advanced economies in South Asia. Its fiscal year runs concurrently with the calendar year. The estimated GDP of the island nations stands at $321.856 billion as of 2020. During colonization, Britain built modern ports on the island, which strategically placed the island as a commerce center.

The main products produced and exported by Sri Lanka are cinnamon, rubber, coffee, sugar, and Ceylon tea. The main trading partners of Sri Lanka are China, India, and the United States of America.

Sri Lanka’s economy is mainly driven by the private sector, which accounts for 85%. The service industry is the most significant contributor (60%) to the country’s GDP. Others include the industrial sector (28%) and agriculture (12 %).

Sri Lanka’s economy is the 52nd most competitive economy in the world. It was also ranked 45th in health and primary education, 32nd in business sophistication, 42nd in innovation, and 41st in goods market efficiency. In 2016, Sri Lanka almost sunk into bankruptcy due to debts, but the International Monetary Fund came to its aid, and they got bailed out.

Operating a Business in Sri Lanka

There is a lot of bureaucracy when it comes to operating a business in Sri Lanka. Though the economy is pegged on international trade, the Sri Lankan government applies bottleneck policies and exaggerated taxations, ending up scaring local and international investors.

The country has been marred with rampant corruption, political instability, and debt, which have hindered growth despite the country’s potential to grow. This is not to mean that it doesn’t have opportunities worth exploring. The various sectors worth investing in are manufacturing, tourism, agriculture, trade, and real estate.

In a nutshell, Sri Lanka is indeed the pearl of the Indian Ocean or rather the world itself. It is a land full of great possibilities when fully explored. It is a country endowed with a rich culture a hospitable and industrious people. And being an island nation, going for a vacation here is also worthwhile, thanks to their numerous water activities. Entrepreneurs who are not afraid to take a risk and face the available challenges are indeed prospering.

How to Start a Business in Sri Lanka? 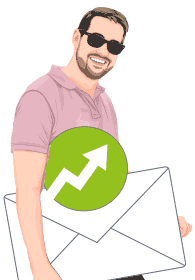